FDA Aims at Wrong Target in Effort to Protect Teens 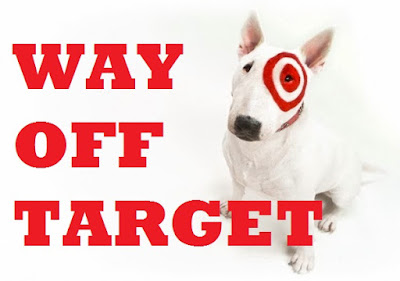 FDA Commissioner Scott Gottlieb has again mistakenly blamed e-cigarette companies for teen vaping.  Addressing the American Society of Clinical Oncology, Dr. Gottlieb issued a direct threat: “They better step up and step up soon – to address these trends along with us.  So far, I must say, I’ve mostly been disappointed by the tepid response from companies that know that a meaningful portion of their sales are being derived from kids.  The e-cig companies have a chance to do something about it.  The window is open. But it won’t be open for very long.” (here)  The commissioner also tweeted about “additional regulatory policy measures and new enforcement actions as part of our ongoing campaign.” (here)
FDA survey data show that Dr. Gottlieb’s concern is misplaced.
The charge that “a meaningful portion” of e-cigarette sales are made to children is undermined by a 2014 FDA survey: of 12.9 million adult (here) and 770,000 teen current e-cig users (here), only 9.9% of teens had bought their own e-cigs.  The 76,000 teens who purchased products from retailers accounted for only 0.5% of all users and an even smaller fraction of all sales.
The fact that over 90% of teens obtained e-cigarettes from social sources, such as friends or family, makes “policy measures and new enforcement actions” against retailers entirely misguided.  It is illogical for the FDA to hold retailers responsible for teen e-cigarette use.
The federal government has pursued the elimination of tobacco sales to children for decades.  Beginning in 1997, Washington required states to report underage sales via the Synar Program (here).  The latest Synar data shows that 9.6% of retailers were noncompliant in 2013.  The FDA also conducts compliance checks of tobacco retailers.  In 2016, the FDA reported a noncompliance rate of 11% (here).  The FDA should focus on this far more dangerous illegal cigarette sales issue, rather than obsessing over e-cigarettes.
Bad actors – that small percentage of retailers who sell e-cigarettes to children – should be punished, but their infractions should not cause the entire vaping industry to suffer undue, overly broad sanctions.
Were government officials to truly prioritize teen safety issues, alcohol would be their number one target.  One-third of high school seniors drank in the past 30 days last year, and nearly 1 out of 5 were drunk (here), even though the legal age for alcohol purchase is 21.
Demonizing e-cigarettes and their marketers and retailers may generate easy headlines, but real public health gains require data-based prioritization of threats, and for teens, those are alcohol and cigarettes.
Original author: Brad Rodu
Tweet