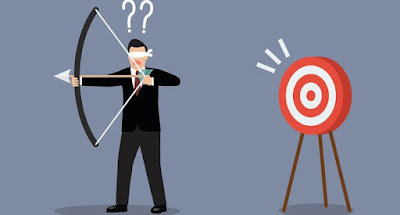 FDA Commissioner Scott Gottlieb reportedlytestified at a House Appropriations subcommittee April 17 about “excessive use of e-cigarettes among youths…Gottlieb said the FDA will crack down on youths' use of e-cigarettes in the coming weeks.  ‘We are going to take some vigorous enforcement steps to try to perceive what we see is inappropriate use by youth,’ Gottlieb said, refusing to elaborate on when the action will happen.  The agency has several avenues for targeting retailers that are selling to minors.  Those include a warning letter, massive fines, or banning the retailer from selling any tobacco or e-cigarettes.”
A common theme among e-cigarette prohibitionists is that the protection of children justifies all forms of regulation.  Beyond that, the commissioner’s remarks are undercut by the fact that only a small percentage of children have tried e-cigarettes, and only a tiny fraction of those youths bought c-cigarettes from retailers.  Support for this is seen in the FDA’s Population Assessment of Tobacco and Health (PATH) survey.  The PATH youth survey collected detailed information about tobacco use from 13,628 participants age 12-17 years in 2013-2014.  Based on the survey’s sophisticated weighting formula, the figures below are estimates for 25 million teens across the U.S.
The data reveal that about 2.6 million teens had ever used an e-cigarette in 2013-14.  Of these, about 771,000 had used e-cigarettes in the past 30 days – the widely accepted definition of “current” use among youth and consistent with another federal survey of teen tobacco use (discussed here).  This means that there were far fewer current e-cig users in PATH than currently used alcohol (1.83 million) or marijuana (1.24 million), which is also consistent with other federal surveys (discussed here).
Current e-cig users were asked: “In the past 30 days, how did you usually get your own e-cigarettes/cartridges and e-liquid?”  Here are the results:
.nobr br { display: none } td { text-align: center}
The table shows that only 10% of current teen users, about 76,000, bought e-cigarettes for themselves.  In other words, while the FDA and other government agencies pursue vaping manufacturers and retailers, the vast majority of teens get e-cigarettes from unregulated sources.  Of course, even more teens use alcohol, which is only sold to adults age 21+ years, and marijuana, the sale of which is legal to adults only in limited states.