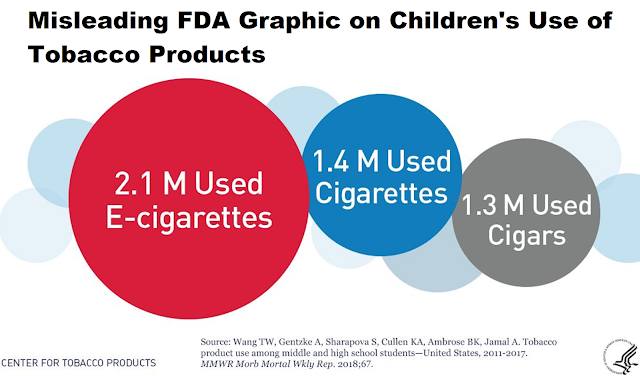 The FDA Center for Tobacco Products published an inaccurate graphic in June (the “Most Used Tobacco Products in 2017” Venn diagram here) and tweeted it on August 8 (here), asserting that 2.1 million U.S. middle and high school students in 2017 were current (past 30-days) users of e-cigarettes, 1.4 million were current cigarette smokers, and 1.3 million were current cigar smokers. The graphic, which mischaracterized data from the 2017 National Youth Tobacco Survey, would lead most to believe that nearly 5 million youth used the three products. That conclusion would be grossly off the mark.
In fact, NYTS data indicate there were only about 3.3 million current users of these three products, with a 40% overlap. (This is not surprising, as research shows that use of one tobacco product is associated with use of others here, hereand here.)
The next chart breaks out exclusive and multiple users of e-cigarettes, cigarettes and cigars, based on my analysis of the 2017 NYTS data. 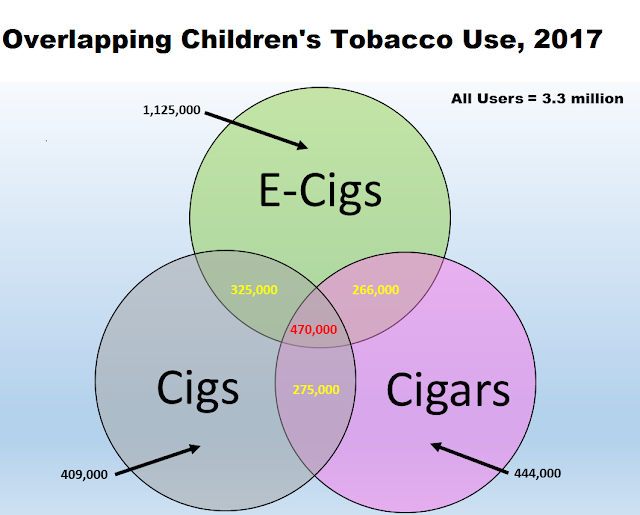 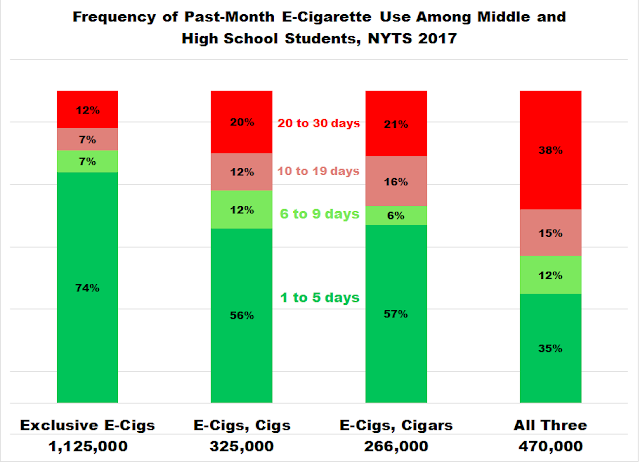 A large majority (74%) of exclusive vapers used e-cigarettes infrequently (1-5 days in the past month); only 12% reported frequent use (20-30 days).  Vapers who smoked cigarettes or cigars were much more likely to be frequent e-cigarette users (20-21%); frequent use was 38% for users of all three products.
Using a misleading graphic, the FDA exaggerates the number of teens who use tobacco.
Original author: Brad Rodu
Tweet

Dual use and the arithmetic of combining relative ...
A balanced view of ad hominem judgments