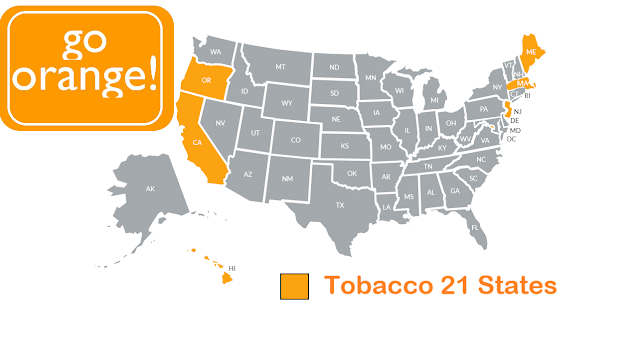 A December 19 “teen vaping epidemic” presentation by U.S. Surgeon General Jerome Adams at the University of Texas MD Anderson Cancer Center was particularly noteworthy for one passage (here):
“We want the science to be an important part of that policy discussion.  I think the science is clear that raising the age of which youth can purchase these tobacco products to 21 has clear public health benefits.  There’s no doubt about that.  The science part of this policy equation is clear: Tobacco 21 works.”
To my knowledge, this is the first time the Surgeon General has publicly supported Tobacco 21.  Perhaps his landmark endorsement will prompt Congress to legislate that the minimum age for tobacco purchase match that for alcohol.
There are compelling reasons to make Tobacco 21 the law of the land.  First and foremost, it would delegitimize tobacco sales to 18-year-old high school students.  While they constitute 14% of all high school students, they account for one-quarter of high school smokers and smoker-vapers (here).  Legal buyers – not manufacturers and retailers – are the primary source for tobacco products used by underage high schoolers (here).
Another argument for Tobacco 21 is the track record of Alcohol 21, which was adopted by all states by 1988 (here).  There is no doubt this law has played an important role in the decline of high school drinking and binge-drinking (trend here), even though current prevalence is far from optimal.
I have to acknowledge my discomfort with treating 18-20-year-olds as children, but the Tobacco 21 website provides this persuasive information:
“For 600 years of English common law and throughout most of U.S. legal history, the age of 21 was regarded as the age of full adult status.  Until 1971 the legal minimum voting age was 21 and many states maintained age 21 as their legal drinking age.  It was not until the Vietnam War with the unpopular, forcible draft of disenfranchised 18-year-olds, that the age to vote in the U.S. was shifted downward to 18 by the 26th Amendment to the U.S. Constitution.  During that period 25 states also moved to reduce the age to purchase and consume alcoholic beverages.  The result was a dramatic increase in highway crashes, injuries and deaths caused by intoxicated drivers in the 16-20 age group.”
Data from the National Highway Traffic Safety Administration reveals that in 1988 there were 10,200 drivers age 16-20 years involved in a fatal accident, and 25% of them had a blood alcohol concentration (BAC) of 0.08% or higher (here).  By 2016 the number of drivers in that age group involved in fatal accidents was 4,400, and 15% had a BAC of 0.08% or higher.  Alcohol 21 is only one of many factors that contributed to that reduction, and those numbers are still unacceptably high, but the trend suggests that Tobacco 21 will result in a reduction in teen tobacco use.
Tobacco 21 has been endorsed by most major medical organizations (here), and it has been adopted by six states: Hawaii (2015), California (2016), New Jersey (2017), Oregon (2017), Maine (2017) and Massachusetts (2018) (here).  While the remaining states could adopt Tobacco 21 at will, congressional action would have a more immediate, profound effect in limiting high school students’ access to tobacco products.