Kentucky Tobacco Taxes: The Rest of the Story 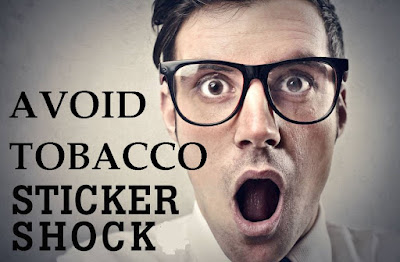 Kentucky’s tobacco opponents are furious.  Their coalition crusaded for big tax increases on all tobacco products, but the State House of Representatives instead passed a 50-cent tax increase on cigarettes and left chew/dip products and e-cigarettes alone.  That is in keeping with the rational tax plan (here) authored by me, released by the Pegasus Institute last Fall and supported by 16 tobacco research and policy experts from Kentucky and across the U.S.
Coalition member Al Cross objected in a March 2 commentary in the Louisville Courier-Journal that we “didn’t know or tell the whole story.”  He is wrong, and here’s why.
Cross implied that our proposal was linked to tobacco companies, alleging, “It appears that tobacco companies ‘came out with the 50-cent proposal to kind of blunt the effort to go to a dollar or higher,’ said Ben Chandler, president of the Foundation for a Healthy Kentucky.”
This is false.  Tobacco companies had nothing to do with our proposal; it was the result of years of work in the field of tobacco harm reduction and health economics.  I first described this approach in the Tallahassee Democrat15 years ago (here).  We based our current Kentucky tax plan on a 2015 article in the New England Journal of Medicine written by three prestigious tobacco policy experts.  Two of them supported our proposal, along with fourteen other experts.
Cross’s article contained inconsistent statements.  He claimed that “50 cents more a pack wouldn’t be a big hit for most smokers,” but then wrote, “The big hit would be felt by lower-income people, who are more likely to be smokers.”  Chandler was even more insensitive: “you’ve got to have the sticker shock…”
Indeed.  We acknowledged that even a 50-cent increase “could present a severe financial challenge to Kentucky smokers, many of whom have only limited resources.”  We made it clear that we are not interested in punishing smokers; our cigarette tax increase is not meant to force them to quit.  Instead, we “encourage and incentivize smokers to quit or switch to less expensive and vastly safer smoke-free tobacco products” like smokeless tobacco and e-cigarettes.
Decades of epidemiologic studies document that the health risks of dipping and chewing tobacco are, at most, a mere two percent of those of smoking.  Unlike cigarettes, smokeless tobacco does not cause lung cancer, heart and circulatory diseases or emphysema.  A recent government-funded study conducted by federal researchers and experienced epidemiologists found that men who dip or chew tobacco have no excess risk for mouth cancer (here).
Kentucky men will be especially interested in this information.  Federal survey data shows that 226,000 dip or chew tobacco, 90,000 of whom also smoke.  These dual users don’t know that smokeless is vastly safer; our proposal gives them information and a financial incentive to escape the smoke.
Tax policy should encourage smokers to switch to e-cigarettes, which already are among the most common – and the most successful – quit aids in the U.S. (here).  While federal health agencies demonize these devices, United Kingdom government and health organizations endorse them based on solid science.  The prestigious British Royal College of Physicians has stated, “…the hazard to health arising from long-term vapour inhalation from the e-cigarettes available today is unlikely to exceed 5% of the harm from smoking tobacco.”  Britain’s Department of Health last year formally endorsed the substitution of e-cigarettes by smokers.
Cross wrote that “Smoking-related health costs in the state are near $2 billion a year.”  We address that concern: “Federal and state spending for Medicaid in Kentucky for fiscal year 2016 was $9.66 billion; smoking was responsible for $1.47 billion. The only way for the Commonwealth to lower these high costs is to provide every option for smoking cessation, including vastly safer cigarette substitutes.”
Cross mentioned “retailers along the state’s border who sell lots of cigarettes to people from states where the taxes are higher.”  We addressed that by trying to “correct cross-border discrepancies in cigarette excise taxes affecting large populations across the Ohio and Indiana borders, and avoid creating other significant cross-border discrepancies.” (emphasis added)
It is well documented that traditional quit-smoking methods, which strive for complete nicotine and tobacco abstinence, fail to help over 90% of smokers.  Kentucky Medicaid currently spends millions on expensive and failure-prone FDA-approved stop-smoking medicines (nicotine patches, gum, lozenges, bupropion, varenicline, and nasal spray and inhalers).
Our tax proposal offers a superior approach, at no additional cost to the commonwealth.  It incentivizes smokers to switch to smokeless tobacco or e-cigarettes.  The Senate should have acknowledged the substantial health risk differentials between combustible and smoke-free tobacco products, and endorsed the House bill.  Smokers who switch will spend less, and live longer, healthier lives.
Original author: Brad Rodu
Tweet

Congressional Investigation Needed into Scientific...
Looking back, but forwards too – guest posting by ...