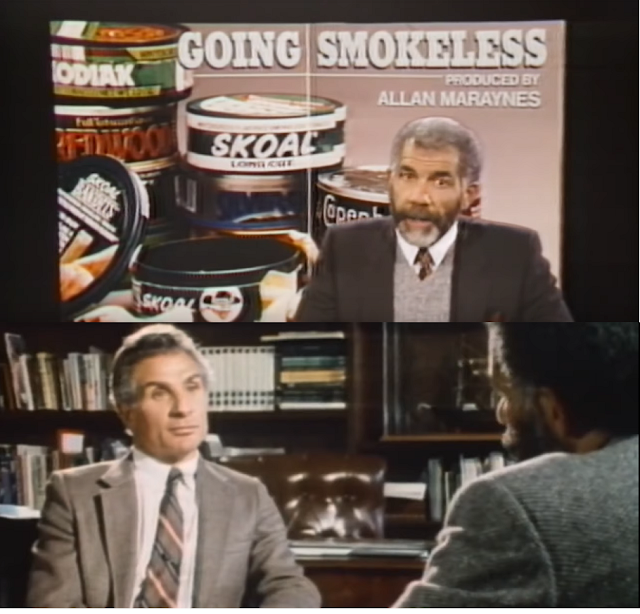 Nick Buonoconti, a 15-year All-Pro NFL linebacker who contributed to the Miami Dolphins’s 1972 perfect season and Super Bowl win, died on July 31 at age 78, following a battle with dementia.  Buonoconti’s tenacity, dedication and intelligence made him an NFL star, despite the fact that scouts had considered him undersized.
Buonoconti found success well beyond football.  The new HBO documentary “The Many Lives of Nick Buonoconti,” describes his influential roles as lawyer, advocate and negotiator for pro athletes; NFL commentator; and dedicated fundraiser for the Miami Project, where he generated nearly $500 million for spinal injury research following his son’s catastrophic injury in a 1985 college football game.
Buonoconti was also an unlikely hero for smokeless tobacco users.  According to Sports Illustrated, in the 1970s he started working with US Tobacco, the maker of Copenhagen and Skoal dip products.  In 1983, he became executive vice president for legal and federal affairs and public relations; two years later he was named president and chief operating officer.
As I noted previously, the campaign against smokeless tobacco started in 1981, with an articlein the New England Journal of Medicine.  In February 1985, Buonoconti squared off with Ed Bradley on the influential news show “60 Minutes”.  The following exchange from that appearance appears at 24:35 in the HBO Buonoconti documentary:
Ed Bradley: “The people who are dipping smokeless may think they are avoiding the dangers of tobacco by not smoking.  But there is substantial evidence that they’re not.”
Buonoconti: “The science as we know it today tells us that smokeless tobacco has never been scientifically established to cause any harm to humans.  That includes oral cancer.  There is no one saying it does cause a problem.”
Bradley: “The Surgeon General says it does.  The American Health Foundation says it does.”
Steve Croft, another “60 Minutes” correspondent, defends Buonoconti in the HBO documentary: “My feeling is he handled it very well, better than most CEOs that we interview and ask tough questions.”  However, the interview inaccurately and permanently stained Buonoconti as a tobacco industry shill.  He assumed that he had made a terrible mistake, noting, “I have to live with it.”
It turns out that Buonoconti was perfectly on target in challenging the bogus claim that dip and chew products cause mouth cancer.  Like everyone else, he was deceived by three decades of distorted research, exaggerated findings and unscrupulous campaigning by supposedly credible medical organizations.  His remarks proved prescient when a large 2016 federal study found no elevated risk for mouth cancer among American men who dip or chew tobacco.
HBO has done a public service in chronicling the many achievements of this multi-talented football legend.
Original author: Brad Rodu