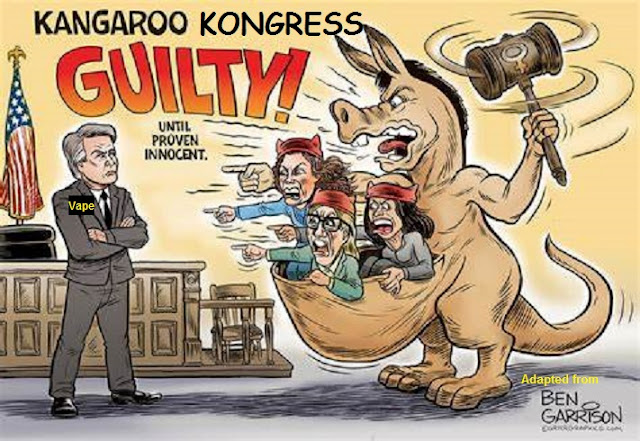 Yesterday Inside Sources published my column on how Congress focused on the vaping “epidemic” while ignoring legitimate threats to American teens.  Read it here or at Inside Sources.

The House Committee on Oversight and Reform held two days of hearings last week on “JUUL’s Role in the Youth Nicotine Epidemic.” Make no mistake: the hearings were about congressional grandstanding, not a discussion of what really threatens American teens.

According to data from the Centers for Disease Control, the high school vaping rate is lower than that for marijuana and alcohol use. It’s about the same as binge drinking (four or five drinks within a couple hours).  And, as we know, these activities don’t typically occur in a vacuum. High school students frequently drive after marijuana use, ride with a driver who has been drinking, text or email while driving, have sexual intercourse, and consider suicide.

But despite these truly worrisome activities, tobacco prohibitionists like Campaign for Tobacco-Free Kids have convinced Congress, school boards and parents that e-cigarettes have created “a public health emergency.”  Former FDA Commissioner Scott Gottlieb and other government officials fueled this anxiety by referring to the rise in teen vaping as an “epidemic.”

The hysteria stems from the CDC’s National Youth Tobacco Survey, which federal officials refer to as the gold standard of information about teen vaping. But they tout these numbers without any context.  And that context is critical.

We frequently hear that 3 million high school students in 2018 were “current vapers.” But if you look closer at the data, 3 million teens had used an e-cigarette at least once in the past 30 days. And 600,000 of the high school vapers were 18 or older, so they could purchase tobacco products legally in most states. The rest were underage. Of the 2.5 million underage vapers, about 1.7 million had also smoked a cigarette, cigar and/or had used smokeless tobacco.

Of the 807,000 underage vapers with no history of other tobacco use, 70 percent had used e-cigarettes only one to five days during the month — the equivalent of trying one at a party. Only 95,000 students had used the products 20 to 30 days, suggesting that they might be addicted.  And this represents just 0.6 percent of the nation’s nearly 15 million high school students — a far cry from Gottlieb’s hysteria that we’re “hooking an entire generation of children on tobacco and nicotine.”

These estimates are based on the CDC’s youth tobacco survey, so they’re certainly not “underestimates.”  Yet the rabidly anti-tobacco Truth Initiative produced an estimate for 2018 that is nearly half that of the 3 million number touted by the CDC.

In addition to faulty data, the House hearing echoed the government’s false narrative blaming teen vaping on illegal retail sales and “kid-friendly marketing.”  But the FDA’s own research shows that more than 90 percent of teens who use e-cigarettes obtain them from social sources, such as friends or family. Only 10 percent of current teen vapers buy their own — and many of those are of age. Raising the purchasing age from 18 to 21 could potentially disrupt high school “black markets.”

Lawmakers also go after fears about nicotine. They reference the Surgeon General’s claim that nicotine is “very and uniquely harmful” to the developing brain, and that vaping can impair learning and memory in those up to age 25.  Scientific evidence to support this is non-existent. In contrast, there is unequivocal evidence linking youth football and other concussion-producing sports activities to chronic traumatic encephalopathy (CTE) (here, for example).  If Congress wanted to protect children’s brains, this would be a more productive area for their focus.

Nicotine is about as safe to use as caffeine, which is also addictive, but it doesn’t cause any of the many cancers, heart attacks, strokes and emphysema that come from the toxins released from burning tobacco.

Congress wants you to believe that the increase in teen vaping will lead to a surge in young adult smoking.  But the reality is just the opposite. Cigarette smoking dropped in half among young adults between 2014 and 2018. And while vaping increased, use of both products fell during the same period. Vaping is contributing to the evaporation of smoking among young Americans.

American teenagers are engaged in lots of risky behavior — but vaping, which the prestigious British Royal College of Physicians says is 95 percent less hazardous than smoking — is not one of them.

Congress should focus on how to really keep high school students safe.