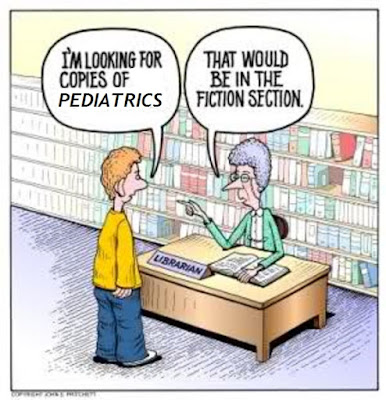 The journal Pediatricsin March published an article by University of California San Francisco’s Benjamin Chaffee, Shannon Lea Watkins and Stanton Glantz claiming that e-cigarettes lead to smoking. The claim was baseless; the authors ignored subjects’ past smoking activity, as I explained in an earlier blog post (here).
On March 15, I submitted a comment to the journal with a re-analysis of Chaffee’s data using the omitted variable and demonstrating the invalidity of Chaffee’s claim.  On the basis of this flaw, I requested retraction of the article.
Our comment was published on the Pediatrics website March 30, along with a response from Chaffee et al. that further validated a retraction (here).  Their response included an attack on my independence, veracity and transparency.  Clive Bates, David Sweanor, David Abrams and Raymond Niaura endorsed our analysis in an April 11 comment, labeling Chaffee’s response “inadequate, disappointing and surprising.”  They pointed out that it was “disappointing because the authors, apparently with the approval of the journal, have resorted to an ad hominem attack on Rodu and without showing any improper conduct or incomplete disclosure.”
I had responded to the attack by Chaffee et al. with an email to the Pediatrics editors on April 9:
“Chaffee et al. stated that my ‘financial ties to the tobacco industry are much more extensive than the posted disclosures suggest.’ This is false, defamatory and potentially libelous on two accounts, alleging that I made an inadequate disclosure, and that I have more ‘financial ties.’ My disclosure was accurate and complete. In addition, the website they cited contains no supporting evidence for their allegation, because I have no other financial ties or conflicts of interest. The journal has specific policies prohibiting both defamatory/libelous comments and weblinks. These policies also provide guidance for your immediate attention to this matter.” (here)
On or about April 24, Pediatricspublished a revised response from Chaffee et al.  Their fictitious claims about “financial ties” had disappeared, but the revised text carried the same date as the authors’ original comment.  The editors failed to indicate a correction had been made, and that erroneous and disparaging remarks had been removed.  The editors had allowed the libelous statements to remain on the journal site for nearly a month; the offending remarks are still available elsewhere on the Internet (here).
The editors violated the journal’s stated policy: “Once a comment has been posted on the website, you will not have the right to have it removed or edited… Be sure to follow all of the consideration criteria below; you will not be able to modify your comment after submission.” (emphasis in original)
Compounding this journalistic failure, the editors encouraged Clive Bates and colleagues to edit their published comment and delete language countering Chaffee et al.’s defamatory remarks.  When Bates did not immediately comply, the editors deleted the entire Bates comment.  However, it is still available here.
Journal editors Drs. Lewis First (University of Vermont), Alex Kemper (Nationwide Children’s Hospital, Columbus Ohio) and Mark Neuman (Harvard) owe Pediatrics readers full compliance with their journal’s editorial standards, including a detailed correction notice and republication of the full text of the Bates et al. comment.
Original author: Brad Rodu
Tweet