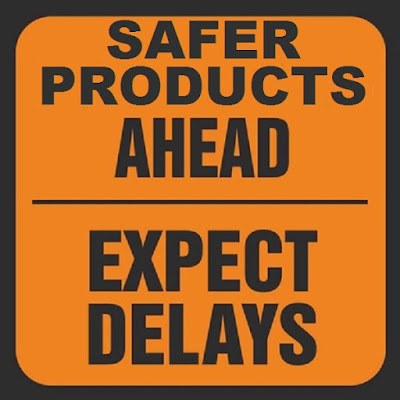 Smokers who are interested in vastly safer alternatives to cigarettes need to know that companies have filed four FDA applications seeking approval for advertising or marketing claims that their products are safer than cigarettes.  Technically, the companies are seeking “modified risk tobacco product”, or MRTP, approval.  Here are status updates on the applications.

Swedish Match submitted the first MRTP application for General Snus four and a half years ago, asking to change grossly inaccurate but federally mandated warning labels on its smokeless products (here).  The FDA rejected the application in December 2016, using flawed regulatory interpretations (here).  In September 2018, Swedish Match requested approval of this language: “Using General Snus instead of cigarettes puts you at a lower risk of mouth cancer, heart disease, lung cancer, stroke, emphysema, and chronic bronchitis.” The term “lower risk” is an understatement, as the risk is almost zero. The FDA scientific advisory committee will consider this application on February 6, 2019.

Philip Morris International (PMI) filed an MRTP application for its IQOS heat-not-burn tobacco more than two years ago.  The FDA scientific advisory committee met in January and agreed that “Switching completely from cigarettes to the IQOS system significantly reduces your body’s exposure to harmful and potentially harmful chemicals.” (here)  However, the FDA hasn’t reached a decision about allowing this factually correct statement to appear.  Even worse, the FDA has yet to act on a separate PMI application to put IQOS on the market in the U.S., even though its availability in Japan and other markets are decimating cigarette sales (here).  Based on predictions from industry analysts, it appears that the agency is slow-walking the application (here).

R.J. Reynolds filed an MRTP application in March 2017 for its Camel Snus products (here).  They requested approval for three statements, this being the most comprehensive: “Smokers who switch completely from cigarettes to Camel Snus can significantly reduce their risk of lung cancer, oral cancer, respiratory disease, and heart disease.”  The FDA’s scientific advisory committee reviewed the application in September; formal release of their recommendation is pending.

The U.S. Smokeless Tobacco Company in March this year submitted an MRTP application for Copenhagen fine cut snuff.  The company sought approval for a simple statement: “Switching completely to this product from cigarettes reduces risk of lung cancer.”  The FDA scientific advisory committee will consider this matter on February 6, 2019.

The wheels of regulation grind slowly.  The months and years go by, and smokers continue to die.