Smokers: Step Away From the Fire With These Safer Cigarette Substitutes 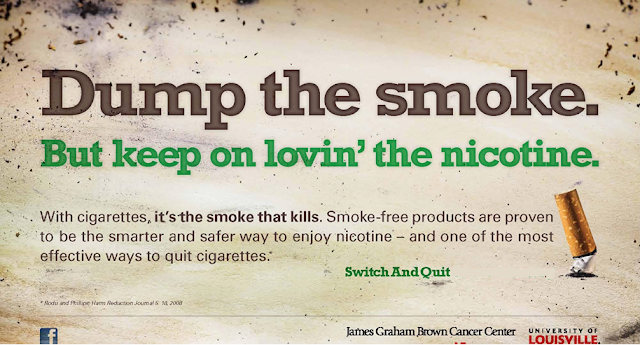 Most cigarette smokers “say” they want to quit, but that is terribly misleading.  Most smokers answer yes to the quitting question because they know it’s the desired response.  In reality, the vast majority of smokers don’t quit in any given year.  All of them would welcome a healthier lifestyle, but they are unable or unwilling to abandon the immediate benefits of tobacco and nicotine, especially smoking.

If you smoke, here’s your guide to vastly safer substitutes that provide nicotine and tobacco satisfaction.

The best harm reduction options for smokers unable or unwilling to give up nicotine and tobacco are e-cigarettes and vape products.  There are thousands of choices, reflecting the fact that they are the most popular – and most successful – quit-smoking aids. 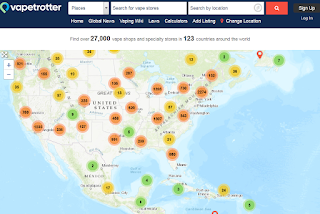 Vape Shops
Smokers can take the first step away from the fire by visiting local vape shops, which are often staffed by former smokers who are knowledgeable about your best options and dedicated to your success.  These shops sell popular products and also cater to vapers who want advanced hardware and special e-liquid flavors.  To locate nearby shops, check out Vaping 360’s online locator.  The Vapetrotter Directory is another valuable source. 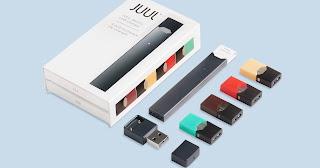 JUUL
JUUL has taken the vaping market by storm; it’s making cigarette manufacturers nervous, and for good reason.  JUUL pods contain a satisfying nicotine salt that won’t have you climbing the walls or kicking the dog because you don’t have the nicotine hit you need.  Additionally, the pods are inconspicuous, and easy to use and recharge.
JUUL products are widely available, although the company is only selling tobacco and menthol flavors in convenience and other brick and mortar stores. Its popular flavors -- mango, cucumber, fruit, and crème – are available online. 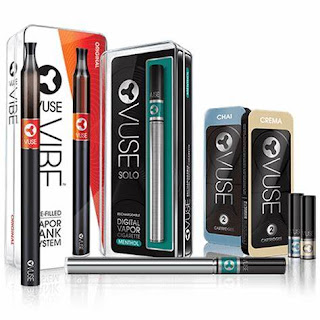 Vuse
Vuse is another family of vaping products that are available in several hardware choices and a wide variety of flavors, including menthol, mint, mixed berry, melon, fruit-and-cream, chai, nectar, tropical fruit and classic tobacco.
Vuse is available onlineand in stores nationwide. 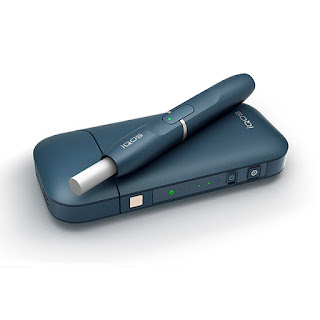 IQOS
The FDA recently approved the sale of IQOS heat-not-burn products in the U.S.  They are already available in over 30 other countries, and they have produced an unprecedented decline in cigarette consumption in Japan.  An FDA advisory committee in 2018 concluded that the products significantly reduce smokers’ exposureto toxic chemicals found in cigarette smoke.  I believe IQOS products have the potential to compete with vapor products, as they deliver the tobacco flavor and satisfaction many smokers find lacking in e-cigarettes.
The first U.S. test market for IQOS will be Atlanta, where it will be available at a dedicated Lenox Square store. 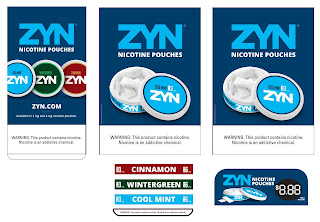 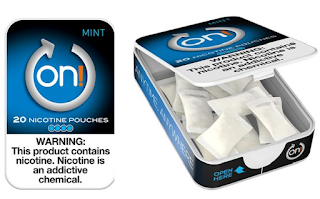 On!
On! is another nicotine pouch made in Sweden, available in mint, wintergreen, cinnamon, berry, citrus and coffee flavors and in three strengths, 2, 4 and 8 milligrams.
These pouches have been in limited distribution here in the U.S., and they are also available at Northerner.com.  However, Altria has just bought a large share of the company, so look for these pouches soon in your local convenience store. 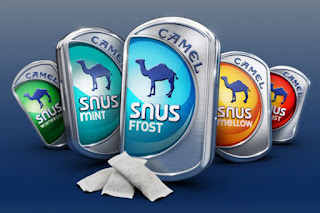 Camel Snus
Camel Snus packets come in several flavors: mint, frost (spearmint) and winterchill (wintergreen).  If you prefer more tobacco flavor, try Robust or Mellow.  There are also two sizes, a slim version containing 0.6 gram of tobacco, and a larger pouch with 1.0 gram.  I suggest that smokers start with the small size of their favorite flavor.
Camel snus is available nationwide anywhere cigarettes are sold, and online at Northerner.com. 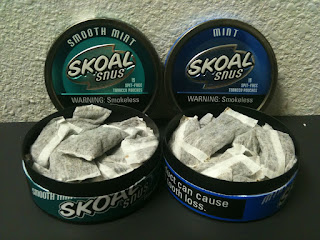 Skoal Snus
Skoal Snus packets come in mint and smooth mint.
You can find them nationwide in the smokeless tobacco section of convenience stores, and they are available at Northerner.com. 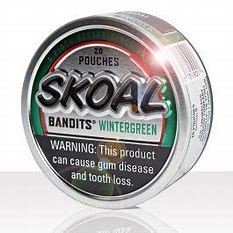 Oliver Twist
Oliver Twist is the planet’s most discrete smokeless tobacco product.  It consists of mini-rolls of tobacco (smaller than a pencil eraser), which are made in Denmark by rolling whole tobacco leaves into a rope, which is then cut into small pieces.  Flavors include original (tobacco), wintergreen, sunberry and tropical.
Oliver Twist can be difficult to find.  Look for stores that sell premium cigars and pipe tobacco, or order it at Northerner.com.

First and foremost, place smokeless products inside your UPPER LIP.  That is the key to minimize tobacco juice and the need to spit.  At first it might feel like a cannonball, but it won't be noticeable.

There are many options, so don’t be discouraged if one product doesn’t fit your lifestyle or taste.
Whatever product you use, get your nicotine buzz, but don’t overdo it. When you inhale cigarette smoke, you get an immediate nicotine kick, and during your smoking career you learned to optimize your buzz. The effect from e-cigarettes or smokeless tobacco may be different, but you’ll learn how to get a similar effect.
Stick to the switch. Although some smokers make the transition quickly, smoke-free tobacco products don’t automatically “cure” your desire for another cigarette. These products will make it easier to quit and they’ll make those cravings less intense, but they don’t entirely replace the smoking ritual. If you’ve smoked for years, breaking the habit can still be a challenge.
If your ultimate goal is complete nicotine and tobacco abstinence, stepping away from the fire is a critical first step.  Remember that it’s the smoke that kills, so becoming and staying smoke-free, not necessarily nicotine- or tobacco-free, is your first priority.  It’s the key to a longer and healthier life.