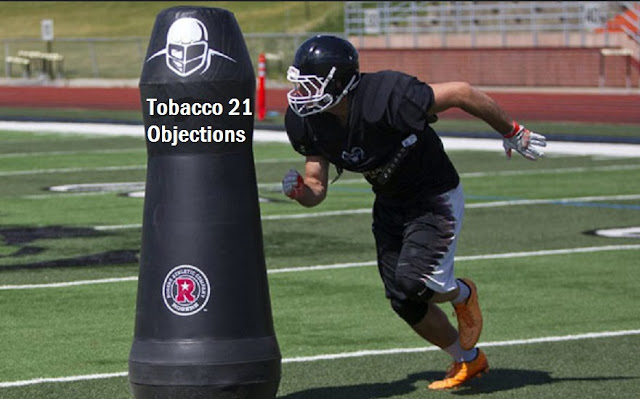 In his recent commentary, Ramesh Ponnuru asserts that “there’s no…justification [unlike alcohol] for raising the age to buy tobacco products” from 18 to 21.  While more thoughtful than some opponents, Ponnuru echoes a familiar refrain: “If you’re old enough to vote, serve on a jury, marry or fight in a war, you should be considered old enough to light up, too.”
The logic of this argument quickly fails under examination.
While one may cherish voting or marriage, they are still considered privileges that are subject to qualifications.  One of these is age, which is not permanently set in stone but determined by historical and cultural customs.  For example, the Preventing Tobacco Addiction Foundation notes that “For 600 years of English common law and throughout most of U.S. legal history, the age of 21 was regarded as the age of full adult status.”  Serving on a jury is required by law (Title 28, U.S. Code, Sections 1861-1878), and as such, the current age of 18 years is subject to revision.
The most common objection to both Alcohol and Tobacco 21 contrasts eligibility for military service at age 18 with prohibition of drinking or smoking.  This argument is meaningful only if military service is compulsory, a policy that ended in 1973.  Eighteen-year-old men and women may choose to join the armed forces, but that choice is unrelated to the privilege of being able to purchase and consume alcohol or tobacco, unless society decides otherwise.
Fourteen states have raised the age of tobacco sales to 21 years, and there are bipartisan bills in the U.S. Congress that would make Tobacco 21 the law of the land.
In his commentary, Ponnuru enumerates the reasons for Tobacco 21: delay or reduce tobacco uptake; reduce smoking-related health effects, medical care and insurance costs; and achieve other so-called paternalistic objectives.  But Ponnuru omits the most direct and compelling reason to enact Tobacco 21: to delegitimize tobacco sales to 18-year-old high school students.  In 2018, 16% of all high school students could legally purchase tobacco, and they accounted for one-quarter of high school smokers and smoker-vapers (here).  Government survey data confirms that legal buyers – not manufacturers or retailers – are the primary source for tobacco products used by underage high schoolers (here).
Complaints about paternalism as the rationale for Tobacco 21 are irrelevant.  Tobacco 21 simply provides the best opportunity to defeat the informal black market that supplies tobacco products to the nation’s underage high school students.
Ponnuru objects that Tobacco 21 advocates “don’t provide any good reason to treat young adults as though they were minors.”  But there is one very good reason: to be treated as an adult, one must act responsibly with respect to children.  Those high schoolers who are the primary suppliers of tobacco to their underage friends are clearly acting irresponsibly.  This is a compelling justification for Tobacco 21.
Original author: Brad Rodu