The California Crusade Against Tobacco Flavors: From Foolish to Dangerous 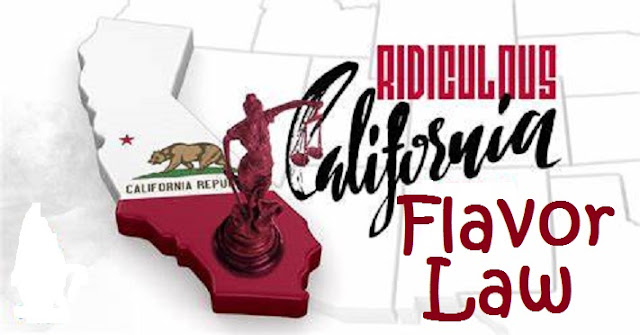 Today the California Globe published my oped on the foolish and dangerous legislative effort to ban flavored tobacco products.  Read it here or on the Globe website.
“Crusades typically start out by being admirable, proceed to being foolish, and end by being dangerous.” Russell Baker used these words in a 1994 New York Times column describing the anti-tobacco crusade, noting that the holy war was entering the last stage. Now, 25 years later, California legislators are fighting their own crusade—against the so-called teen vaping “epidemic”—with a proposed ban on flavored tobacco products.
First, let’s examine the “epidemic.” Authorities generously define “current use” of any drug by children as at least once in the past month. The FDA, using this definition in a national survey, reported that vaping among American high school students increased substantially in 2018. The FDA was only telling part of the story; about half of those kids had vaped five or fewer days, the equivalent of trying products at a party. And most frequent e-cigarette users are not virgins with respect to cigarette smoking; most of them have smoked in the past.
Drug use by underage children is a serious matter. That makes it entirely baffling that California legislators ignore higher rates of alcohol and marijuana use among high schoolers, facts that have been known for decades. These behaviors have nothing to do with flavors, but instead demonstrate that kids are attracted to adult behaviors and products.
The FDA promotes the myth that a teen vaping epidemic is caused by unscrupulous manufacturers and retailers. This isn’t true, especially in California, where the violation rate in FDA inspections was only 4% in 2018, one of the lowest in the country (here and here).
Since retailers aren’t the problem in California, a ban on flavored tobacco products isn’t the solution. This is harassment without reason. Even advocates of alcohol prohibition 100 years ago didn’t try to ban flavors.
A flavor ban is supposed to stop kids from using nicotine, but is that a worthwhile objective? Nicotine, while addictive, is not the cause of any diseases associated with smoking. It is as safe to consume as caffeine, another addictive drug used daily by millions of adults and teens.
Because nicotine is so safe, prohibitionists fabricate hazards. One frequent claim is that nicotine can harm teenage brains. That may be a legitimate argument – for laboratory mice. If it was true for humans, then 40 million current smokers – and even more former smokers – who started as teens and smoked for decades would have demonstrable brain damage. There is no scientific evidence of such injury, nor to support the claim of youth brain risk. If California legislators want to protect children’s brains, they should ban football, as there is unequivocal evidence linking concussion-producing sports activities to chronic traumatic encephalopathy (here, for example).
A flavor ban will not affect vapers who make their own vaping liquids. This segment of the market is already large and growing; a few examples can be found here, here and here. A ban might cause the current retail market to fracture in two: one segment selling concentrated, unflavored nicotine liquids, and another selling flavors. A high-tax jurisdiction like Chicago, where a prohibitively high per-milliliter tax is imposed on nicotine liquids, demonstrates what happens when the market is bifurcated.  Vape shops there sell 30 ml bottles of zero-nicotine e-liquids (no tax) and small concentrated bottles of high-strength nicotine that are taxed.  Flavor bans will simply encourage consumers to purchase flavorless e-liquids, and then buy flavoring that is widely available in grocery stores and online, such as here and here.
Unintended Consequences
A flavor ban would create unintended consequences. Flavors would no longer be supplied by legitimate companies. Instead, do-it-yourselfers would be adding flavors with unknown chemistry to concentrated nicotine solutions. It is worth noting that the only known death attributable to vapor products in the U.S. resulted from a young child accidentally ingesting pure nicotine.
Politicians routinely ignore another basic economic fact: bans drive black markets. Economists and legal scholars use the terms “bootleggers” (black market retailers) and “Baptists” (legislators and other misguided do-gooders), calling them “unlikely allies from the tobacco wars [who] try to fight off a game-changer [e-cigarettes].”
Two years ago, California was already the sixth biggest cigarette black-market state. Legislators should not create a bootlegger paradise for flavored tobacco, when they haven’t even solved the bootleg marijuana problem. The legislature legalized cannabis in 2016, but retained high taxes; the black market is now worth $3.7 billion, four times the legal market. The same rush to stigmatize vaping will doubtlessly create a black market in this category, as well.
The California crusade to ban flavors isn’t just foolish, it’s dangerous. With the exception of menthol, the ban will have the least impact on sales of cigarettes, the deadliest tobacco products. But it will remove from retail shelves many more smoke-free products – including e-cigarette liquids, dip, chew and snus. These products are vastly less hazardous than cigarettes. Imagine if alcohol opponents had only banned flavors during Prohibition. Beer, wine and other flavored spirits would have been eliminated, leaving only pure alcohol on retail shelves. That policy would have been an abject failure, as would any similar ban on flavored tobacco products.
Original author: Brad Rodu