The War Against Vaping: Déjà Vu All Over Again 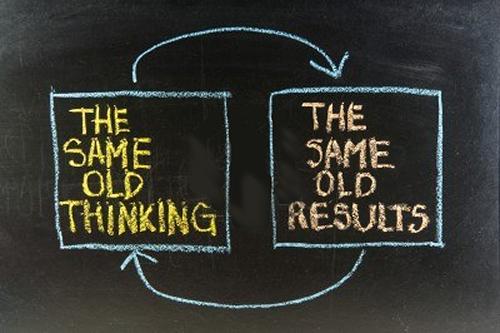 A document in the University of California San Francisco tobacco industry archives describes the hostile reaction in 1995 to my smokeless tobacco harm reduction strategy for smokers (here).  Opponents used messaging they would later redeploy against e-cigarettes: (1) all tobacco is dangerous, (2) medicines work, so substitutes aren’t needed, and (3) the children.
In a CNN “Your Health” segment on October 21, 1995, correspondent Loretta Lepore “met a doctor who actually prescribes tobacco pouches as a way to satisfy the craving for nicotine without lighting up.”
Lepore: “One, two, the count climbs to forty-six million U.S. smokers.  Charles Mayfield, a genetic cancer researcher was one, until his toddler demonstrated the error of his way.”
Mayfield: “He used to walk around with a piece of paper rolled up like a cigarette…And, I mean, that had a devastating effect on me and my conscience.”
Lepore: “Mayfield quit smoking, but he hasn’t overcome his nicotine addiction.  Now he gets his fix from smokeless tobacco.”
Dr. Brad Rodu: “It’s a discreet, paper pouch that fits invisibly between the cheek and gum.”
Lepore: “Oral pathologist Brad Rodu recommends all smokers make the switch.  He says it’s the smoke that causes fatal lung and heart disease.”
Mayfield: “I’m using smokeless tobacco right now, and no one can even tell.”
Lepore: “While the use of smokeless tobacco socially acceptable to some, many view Rodu’s approach as medically unacceptable.”
Dr. Scott Tomar (CDC): “To recommend to smokers that they switch to smokeless tobacco is simply maintaining their addiction.”
Lepore: “Instead, Tomar recommends an already approved nicotine replacement therapy.”
Tomar: “Nicotine patch and gum, both have been found to be effective in treating nicotine addiction.”
Rodu: “Nicotine patch and gum don’t provide nearly the same level, or nearly the same spike that smokers crave, and so are not effective for many smokers [Note: “ineffective” is more accurate, hereand here]
Lepore: “And there’s another concern.”
Dr. Clark Heath (American Cancer Society): “Smokeless tobacco carries with it a sharply increased risk of cancer.” [Totally wrong with respect to dip and chew here]
Lepore: “A four to five fold increase over non-smokers.  Aside from health concerns, Dr. Rodu’s critics are also raising ethical questions about his approach.  Mainly, should doctors be advising patients to choose another addiction?  And if a patient gets sick from smokeless tobacco, is the doctor legally responsible?”
Rodu: “Since when is it unethical to reduce the smoker’s risk for all tobacco-related diseases, including oral cancer?”
Lepore: “A 1981 study published in the New England Journal of Medicine says 26 out of 100,000 smokeless tobacco users contract oral cancer each year.  The five-year survival rate for oral cancer is 50 percent.  In part, because it’s easier to detect than lung and other forms of cancer.  So according to Dr. Rodu’s theory, if all smokers switch to smokeless tobacco, the United States would see 6,000 cancer deaths each year [Note: this was a gross overestimate, based on falsified research, hereand here], versus 420,000 smoking-related deaths reported annually.”
Lepore: “Dr. Donald Miller, an oncologist and Rodu colleague at the University of Alabama at Birmingham.”
Miller: “I have wondered many times why I didn’t think of this.  It is an outstanding idea that really has the opportunity to change the way society thinks about cancer risk.”
Lepore: “Critics say there’s also the risk non-smokers, especially teenagers, will start using smokeless tobacco, perceiving it to be safe.  But Dr. Rodu stresses his approach is for smokers only.”
This transcript was circulated by Vincent Gierer, Chairman of the Board and CEO of US Tobacco, to employees of the world’s largest smokeless tobacco company in 1995.  Gierer challenged the baseless claims that my research was an industry ploy:
“Obviously, Dr. Rodu’s thesis may cause considerable controversy, since some people may view his advice as favorable to our Company and our products.  Whatever your personal opinion of his thesis may be, I want to make clear the Company’s position regarding Dr. Rodu’s [book] publication.  The Company’s longstanding policy is not to make health claims about its products, nor to comment on health claims regarding other tobacco products.”
Original author: Brad Rodu