Tobacco Research Is Not Immune to Scientific Scrutiny 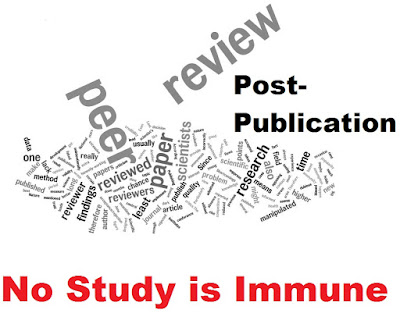 Recently, the authors of a research article on e-cigarettes groundlessly attacked my credentials and academic independence after I noted, in a letter to journal editors, a lack of scientific rigor in their reporting. The article falsely claimed that e-cigarette use caused experimental smokers to become regular smokers.  In response to my critical remarks, the authors made these charges in their own letter to the editors: “This recent comment is another in a long series of letters or comments from Dr. Rodu…in which he has criticized research that is inconsistent with the tobacco industry’s interests in promoting e-cigarettes and smokeless tobacco.”
As an academician, I have both authored articles and scrutinized tobacco research for many years, advising journal editors on those occasions when I found factual deficiencies in published articles.  This effort has served the interests of science and the pursuit of truth.
Professional medical journals position themselves as platforms for the publication of honest, transparent, reproducible research.  In an effort to identify inaccuracies and other defects, submissions are subjected to review by editors and multiple external authorities who are experts in relevant fields.
Over the last 24 years, in addition to my authorship of 54 peer-reviewed articles for medical and scientific journals (here), I have had 11 letters of scientific criticism published in leading journals, linked below.
1.  Rodu B, Cole P.  Excess Mortality in Smokeless Tobacco Users Not Meaningful.  American Journal of Public Health85:118, 1995.
2. Rodu B, Cole P. Smokeless Tobacco and Periodontal Disease. Letters to the Editor. Journal of Dental Research84:1086-1088, 2005.
3. Rodu B, Cole P. A deficient study of smokeless tobacco use and cancer (letter).  International Journal of Cancer 118: 1585, 2005.
4. Rodu B. Snus and the risk of cancer of the mouth, lung, and pancreas.  Lancet 370: 1207, 2007.
5. Rodu B.  Smokeless tobacco: Society response debatable (electronic letter).  CA: A Cancer Journal for Clinicians 2008; 58.
6. Rodu B, Heavner KK.  Errors and omissions in the study of snuff use and hypertension (letter).  Journal of Internal Medicine 265: 507-8, 2009.
7. Rodu B, Heavner KK, Phillips CV.  Snuff use and stroke (letter).  Epidemiology 20: 468-9, 2009.
8. Rodu B.  Dual use (letter).  Nicotine & Tobacco Research 13: 221, 2011.
9. Rodu B, Plurphanswat N, Phillips CV.  Discrepant results for smoking and cessation among electronic cigarette users (letter).  Cancer 2015 Mar 4. doi: 10.1002/cncr.29307. [Epub ahead of print]
10. Rodu B, Phillips CV.  Regarding “Discontinuation of Smokeless Tobacco and Mortality Risk after Myocardial Infarction” (letter).  Circulation 2015 Apr 28;131(17):e422. doi: 10.1161/CIRCULATIONAHA.114.012038.
11. Rodu B.  Re: Smokeless tobacco use and the risk of head and neck cancer: pooled analysis of US studies in the INHANCE consortium.  American Journal of Epidemiology2017  DOI: 10.1093/aje/kwx211
All scientific research should be subjected to rigorous objective review. On those occasions when pre-publication editorial and peer review fail to identify deficiencies, honest criticism should be encouraged and acknowledged by offending publications.
Original author: Brad Rodu
Tweet