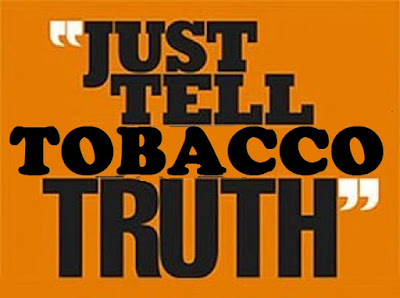 It’s surprising how many fundamentally flawed e-cigarette studies are aggressively promoted by their authors and allied organizations as grounds for FDA regulatory action.  It is also concerning when authors refuse to acknowledge or respond to honest scientific inquiries about their research.  Here is a representative case involving researchers associated with Truth Initiative, a non-profit anti-tobacco organization.
Researchers led by Donna Vallone, Ph.D., recently published a study in Tobacco Control on the “prevalence and correlates of JUUL [e-cigarette] use among a national sample of youth and young adults (here).”  While they reported that the overall prevalence of ever and current (past 30-day) JUUL use was 6.0% and 3.3% respectively, they failed to disclose information about the most important correlate of JUUL use – other e-cigarette use.
The authors noted that among underage children (15-17 years), current JUUL use was 6% and current use of combustible tobacco was 7%.  They connected these, finding that children who were currently smoking were five times more likely to use JUUL than non-smokers.  However, 11% of children in that age group currently used e-cigarettes.  They ignored this important correlate in their analyses.  Instead, they inexplicably included e-cig use among other members of the youths’ households.
There are other significant problems with this study.  First, youths and young adults were asked: “…on how many days did you smoke a Juul vape?” (emphasis added)  That wording likely confused participants.
Second, the authors didn’t define current use of e-cigarettes, nor did they even give any description of the question in their survey.
Third, the survey flow for JUUL and e-cigarette questions was not provided.  Were separate questions about these products asked of all participants, or did researchers ask first about e-cigarettes, and then only ask current e-cig users if they used JUULs?
Fourth, Vallone et. al. defined JUUL “regular use” as 10-30 days in the past month, and they reported that 25% of youth fell into this category.  That percentage is grossly inflated.  The CDC and other authorities use a more credible “frequent” category of 20+ days (hereand here), which would generate a lower percentage of users at risk.
In summary, Vallone et. al. produced an error-ridden study focused on JUUL “smoking,” while ignoring the effect of other e-cigarette use.  The obvious problems ought to have been resolved in peer review.  Additional questions remain, owing to the fact that the authors used a private dataset.  When Truth Initiative posted the study on the Society for Nicotine and Tobacco Research listserv, I asked the authors to resolve some of these problems; they did not acknowledge my listserv post.
Original author: Brad Rodu
Tweet