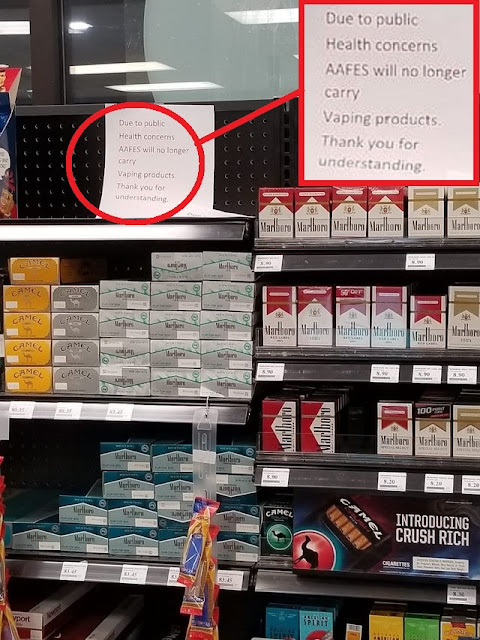 With regard to tobacco products, the U.S. Department of Defense isn’t serving the health interests of those who serve.

As I have documented many times (here, here, hereand here), in pursuing a tobacco-free fighting force, DOD has grossly misinformed American service members about the relative safety of smokeless tobacco and e-cigarettes.

David Sweanor recently posted the photo at left from an Army and Air Force Exchange Service store.
Even worse is this Military Times article from September 24,
about the removal of vaping products from Army, Air Force and Navy exchanges by October 1, owing to “the outbreak of mysterious vaping-related lung injuries.”

Actually, that mystery has been solved.  CDC Principle Deputy Director Dr. Anne Schuchat said on October 25, “The vast majority of patients with [lung injuries] including those who died…, had a history of use of e-cigarette, or vaping, products that contained THC.”
DOD removed products that we now know did not kill 34 Americans who were instead vaping contaminated marijuana liquids, yet DOD continues to sell cigarettes, which have, in fact, killed 380,000 Americans so far this year.
In this case, military intelligence is an attribute of our proud troops, but not of their health officers or administrators.  The Military Times notes:
“Vaping now appears to be more common in the military than smoking regular cigarettes, according to results of the most recent Defense Department Health-Related Behaviors Survey of Active-Duty Service Members. The results of that survey, conducted in 2015, showed 11.1 percent of troops said they were daily e-cigarette users, compared to 7.4 percent who said they smoked cigarettes daily.  In the junior enlisted ranks, nearly 20 percent said they were current e-cigarette smokers.”
The troops have made the switch to vastly safer smoke-free tobacco at far higher rates of use than are seen in the general U.S. population.
So far, the Marine Corps, which at 16% has the highest prevalence of vaping among the military branches, continues to permit the sale of vaping products, signalling semper fidelis to harm reduction.
The Army, Air Force and Navy exchanges should immediately reverse their egregious decision and return e-cigarettes and vaping products to their shelves. 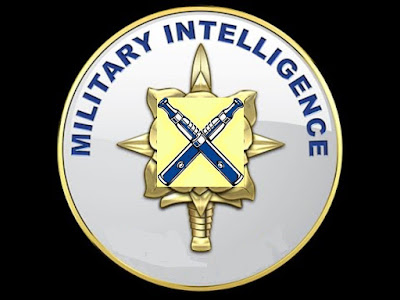