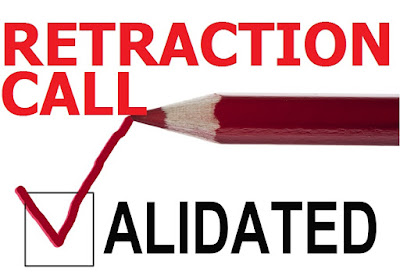 In the previous post I described fatal flaws in a study by University of California San Francisco’s Benjamin W. Chaffee, Shannon Lea Watkins and Stanton A. Glantz in the journal Pediatrics(here).  Their published response (here) validates my criticism.

The recent Pediatricsanalysis by Chaffee et al. showed that teen e-cigarette users in the Wave 1 FDA Population Assessment of Tobacco and Health (PATH) survey had higher odds of consuming 100+ cigarettes or past 30-day smoking one year later at follow-up.  I noted that the authors ignored important information about lifetime cigarette consumption (LCC), from as little as “1 puff but never a whole cigarette” all the way to having smoked 99 cigarettes.  When my research team applied LCC data to Dr. Chaffee’s analysis, his positive results for an e-cigarette “gateway” essentially disappeared.

In response, Chaffee et al. called our addition of the LCC information a “statistical trick.”  By using that term, it appears that they believe, incorrectly, that the LCC variable is an outcome rather than a confounding factor.  Inexplicably, they described our analysis as “akin to suggesting that a study of hypertension should adjust for confounding by systolic blood pressure.”

In this, Chaffee et al. prove our case.

Let’s say we are studying the effect of dietary salt consumption on development of hypertension (systolic blood pressure, bp >140 mm) after one year of follow-up among participants who were not hypertensive at baseline (that is, they had a systolic bp = 90 to 139 mm).  If someone has a baseline bp of 139 mm, it is much more likely that they will have a bp of >140 mm after one year, compared to a person who had a baseline bp of 90.  It would be negligent to blame salt for causing hypertension while completely ignoring baseline systolic bp values in this example.

The chart below clearly illustrates the large differences in LCC that Chaffee et al. ignored between never e-cigarette users and past 30 day users or triers.

It is negligent to ignore cigarette consumption at baseline while placing all the blame for smoking one year later on e-cigarette use.

The Chafee article must be retracted. 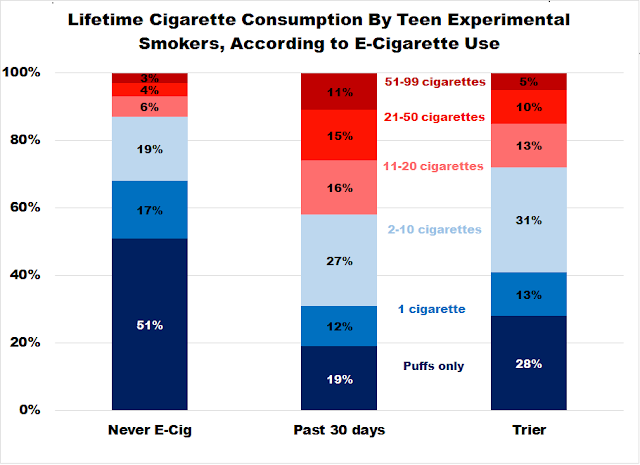