Welcome to the blog area of our site where we hope to keep you updated on the trends of the e-cigarette industry as well as product reviews. 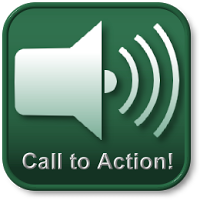 UPDATE 4/5/14:  H 884 has been set for a hearing before the Senate Finance Committee on TUESDAY, April 8, 2014 at 3:00 P.M., 115 State Street Montpelier, VT 05633-5301 (Room 6)  Link to Agenda - Sections 25-27  Please (1) plan on attending and offering testimony,  (2) continue to contact members of the Senate Finance Committee, and (3) contact the members of the Senate Health and Welfare Committee, which will also be considering e-cigarettes in connection with the tax proposal .  As a sign of respect, we request that you refrain from vaping in the State Capitol building.  Contact information for both Committees can be found below in the full Call to Action.From the Committee's website:  ATTENTION WITNESSES- Please email handouts to the committee assistant before your scheduled meeting date and bring 15 hard copies. Please write your name, organization, date and title on each document. With few exceptions, any documents you hand out to a committee, or send to a committee assistant, are open to the public and may be posted to the committee’s webpage.UPDATE 3/28/14: As expected, the Vermont House passed the Miscellaneous Tax Bill (H.884).  This bill will now move onto the Senate Finance Committee. It is IMPERATIVE that vapers and harm reduction advocates make their voices heard NOW.Vermont is under a major attack.  With no notice to the public, the Vermont House Ways & Means Committee voted yesterday (Monday, March 24th) to amend the proposed Miscellaneous Tax Bill to add an outrageous 92% of wholesale tax on "tobacco substitutes" (electronic cigarette products containing nicotine). This excessive and unjustified tax must be stopped.

Currently, the Miscellaneous Tax Bill is pending before the full House of Representatives.  A vote is likely on Thursday or Friday.  Indications from the ground in Vermont are that getting the e-cigarette tax removed by the House is unlikely.  As a result, we are encouraging vapers to focus your phone calls, e-mails, and in-person meetings to those on the Senate Finance Committee.If you are a Vermont resident,  in addition to contacting the members of the Senate Finance Committee, you should contact your own State Representatives and Senators (a total of four contacts).  Make personal contact. Let them know that you are in their district and want them to oppose this unfair and punitive tax hike. Educate them about how e-cigarettes and traditional tobacco products are so different.

Why You Should Join the White Cloud Forum

Talk to any veteran e-cigarette user about whether he or she frequents online forums and the answer is likely to be a resounding “Yes.” Even if they don’t use them as often as social media, many vapers use forums to learn, share and form long-lasting connections.

Super User
(last updated 4/2/2014) If enacted, HB 5689 would:Require all e-cigarette liquids to be sold in "special packaging" and require the Illinois Department of Public Health to establish standards for such packaging BAN the sale of all e-cigarette liquids in Illinois until these regulations are enacted.Illinois vapers, your help is needed.  This bill has could come up for a vote in the Illinois General Assembly at any time.

While HB 5689 is being promoted as a bill to sensibly require childproof caps on e-cigarette liquids, the truth is that this bill would BAN the sale of all e-cigarette liquid products until regulations are proposed and enacted by the Illinois Department of Public Health that describe the sort of packaging that is required.  These regulations could take anywhere from six months to two years to actually become law. In that time, sales of e-cigarette liquid would be banned.

When Comedian and Commerce Collide

Recently, we were privileged to have White Cloud Comedy mainstay Ian Gutoskie spend the day at our new headquarters – “privileged” in the same way North Koreans were when Dennis Rodman stopped by for a long weekend.

Voters in the City of St. Joseph, Missouri will be deciding on April 8th, 2014 whether to approve a smoke-free ordinance that would not only ban smoking in virtually all workplaces, but would also deceptively include smoke-free e-cigarette use as "smoking."  We do not believe that most citizens of St. Joseph understand that e-cigarettes, which are estimated to be approximately 99% less hazardous than smoking (and which pose no risk to bystanders), will be banned.We are asking that you (1) contact the NewPress newsroom at (816) 271-8500 and ask them to do a story highlighting the fact that use of smoke-free e-cigarettes would be treated exactly like smoking, and (2) and share information with friends and family (personally and via email and social media) encouraging St. Joseph residents to vote AGAINST the ordinance.If you live in St. Joseph, Missouri, we ask that you VOTE against the ordinance on TUESDAY, APRIL 8, 2014.

Points to keep in mind:Smoking bans are enacted to protect thepublic from the harm of secondhand smoke, but e-cigarettes have not been foundto pose a risk to bystanders. In fact, all evidence to date shows that the lowhealth risks associated with e-cigarettes are comparable to other smokelessnicotine products.The low risks of e-cigarettes is supported by research done by Dr. Siegel of Boston University, Dr. Eissenberg of Virginia Commonwealth, Dr Maciej L Goniewicz of the Roswell Park Cancer Institute, Dr. Laugesen of Health New Zealand, Dr. Igor Burstyn of Drexel University, and by the fact that the FDA testing, in spite of its press statement, failed to find harmful levels of carcinogens or toxic levels of any chemical in the vapor.A comprehensive review conducted by Dr. Igor Burstyn of Drexel University School of Public Health based on over 9,000 observations of e-cigarette liquid and vapor found "no apparent concern" for bystanders exposed to e-cigarette vapor, even under "worst case" assumptions about exposure.Electronic cigarette use is easy to distinguish from actual smoking. Although some e-cigarettes resemble real cigarettes, many do not. It is easy to tell when someone lights a cigarette from the smell of smoke. E-cigarette vapor is practically odorless, and generally any detectable odor is not unpleasant and smells nothing like smoke. Additionally, e-cigarette users can decide whether to release any vapor ("discreet vaping").  With so little evidence of use, enforcing use bans on electronic cigarettes would be nearly impossible.The ability to use electronic cigarettes in public spaces will actually improve public health by inspiring other smokers to switch and reduce their health risks by an estimated 99%.
Tweet
Blog Feed
1507 Hits
0 Comments

How to Explain Your White Cloud E-Cigarette to Others

UPDATE 3/31/14:  As of now, SB 491 is not currently on the agenda for Wednesday's meeting (4/2/14). However, it could be added before the meeting. If the bill is not on this agenda (link) by late Tuesday night (4/1/14), it is unlikely to be heard on Wednesday.We have received word that a hearing will take place next week on Louisiana Senate Bill 491 (SB491), which is authored by Senator David Heitmeier.  We have been informed by well-placed sources that the author intends, through an amendment, to add to SB491 a ban on the use of e-cigarettes wherever smoking is prohibited.

By all indications, SB491 will have a hearing on Wednesday, April 2, 2014 at 9 AM before the Senate Health & Welfare Committee. (Official confirmation should come Monday afternoon). They will take testimony and possibly vote on SB 491 in the Hainkel Committee Room in the Senate basement of the State Capitol Building at 900 N. 3rd St. in Baton Rouge.

Super User
The Hancock County Board of Health is considering a smoke-free ordinance that would treat e-cigarettes exactly the same as smoking and would ban e-cigarette use in ALL workplaces.

Thematter is currently on the agenda for the Board of Health's meeting TUESDAY,  April 1st, 2014 at 12:30 PM.  New Cumberland City Building,104 N Ct, New Cumberland, WV 26047 (We ask that as a sign of respect, you refrain from vaping during the meeting.)

The Ocala, Florida City Council is considering adoptingan ordinance that would ban e-cigarette use wherever smoking is prohibited.  (The ordinance would also ban sales to minors and impose reasonable restrictions on product placement/access,  which CASAA supports.)

Call to Action! Ohio's Governor Kasich is Proposing a Tax on E-Cigarettes and Smokeless Tobacco at an Outrageous 49% of Wholesale

In search of revenue to fill gaps in a proposal he calls a 'tax reform' package, Ohio Governor John Kasich (R) has proposed taxing electronic cigarettes (including devices) at an excessive 49% of wholesale and raising the tax on other low-risk smoke-free products.  Please take action to stop this proposal!

If enacted, Gov. Kasich's proposal would:

When the e-cigarette industry took off in 2008, battery life wasn’t very good. Sure, some lasted longer than others, but it was extremely difficult to find a battery that could last long enough to get through a few hours, much less an entire day like today’s models.

Call to Action! New Jersey's Governor Christie is Proposing a Tax on E-Cigarettes at the Same Rate as Combustible Cigarettes (Significantly UPDATED 3-27-14)

Super User
The Encinitas, California City Council is considering an ordinance that wouldban e-cigarette use wherever smoking is prohibited and also broaden the scope of the existing ordinance to include various outdoor areas.

Thematter is currently on the agenda for the City Council's meeting TONIGHT, WEDNESDAY,  March 26th, 2014 at 6:00 PM, City Council Chambers located at the Encinitas Civic Center, 505 S. Vulcan Avenue, Encinitas, California.  (If you attend this meeting, we ask that as a sign of respect, you refrain from vaping during the meeting.)

Why is The New York Times Against E-Cigarettes?

To the dedicated few who still look to print journalism for trustworthy, timely news reporting, The New York Times is akin to gospel – a beloved cornerstone of integrity that remains above reproach, never dipping into murky tabloid waters.

The use of e-cigarettes during air travel has been a hotly debated topic since the use of vaping devices became popular a few years back. We even broached the topic ourselves back in September. But, we have some new readers, and still get customer service questions about this matter nearly every day. So let’s revisit it one more time, shall we?

Ah, smoking and drinking — a duo as timeless as “singing and dancing,” “peanut butter and jelly,” or “Bieber and poor judgment.”

After six years, four facilities, and a handful of damaged tables, we think White Cloud has finally found a home that can handle our growth. Now, we have the room we need to stock more inventory, test more products, create new flavors, and deliver our shipments faster than ever before. We’re thrilled with our new headquarters, and think you’ll be happy with the results.

Vape before take off

Before I pull the stick on the take off, I push the button on my vape!

When you Google “e-cigarettes,” you’re likely to see three types of search results: